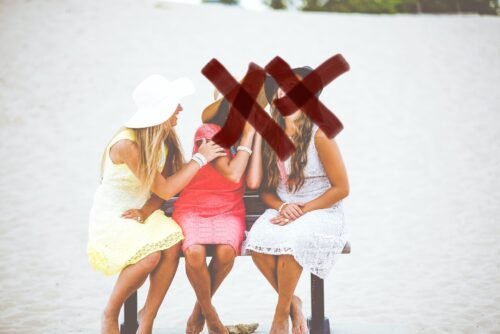 Unfortunately break-ups generally include more than the two people in the relationship. When a relationship ends, who gets to keep the friends? It’s quite a sticky situation to deal with. Especially, if you have a lot of other couple friends that you frequently hung out with.

After 14 years of marriage, when I decided to get divorced,  I didn’t really think about all of the other people and relationships involved. I never wanted to make my own decision based on how others would react, so I tried to block out all of those thoughts until the decision to divorce was finalized. I was happy that we were able to make our decision to divorce on our own and that we didn’t drag friends and family into the middle of it.

We did have so many mutual friends, and I have definitely seen how some of them have taken sides. I understand some people feel more strongly connected to one person than the other.  However, I did not think that I would lose some of my friends who were MY friends first, or really not even close to my ex at all.  I’ve found that some people were angry with our decision to divorce. Some people didn’t agree. Divorce is certainly a sad event, especially with children involved, but some people really mourn it and treat it like a death.

I was very upset at first to find out friends who I thought had my back, just didn’t want to associate any more because they wanted us to stay married. I had one very close friend who completely skirted around the topic of divorce. I told her I was getting divorced and she just changed the subject. She never brought it up and when we talked, she pretended like it never happened. Even though it is now a part of me, she just ignores it. I even had family members who unfriended me on social media and didn’t want to talk to me about my divorce.  There are still family members who won’t look at me or talk to me.

You never know what’s going on in somebody’s home unless you live with them. So, when I have friends who are going through divorces, I just try to listen rather than judge, because having been through it, I know how important it is to have friends who are there for you no matter what.  It’s important to have friends in your life who value your happiness.  I am thankful for the sweet friends and wonderful family I have that I can count on to still be there for me and my girls. 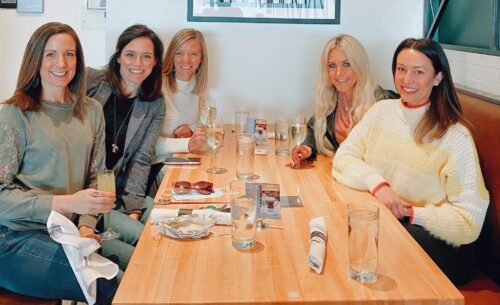 I love my girl squad!

If you’re going through a divorce, break-up or contemplating it, know that these issues are coming and it’s just part of it. You will get through it and you will find out who your true friends are.

Divorce: Making the Decision to Divorce

Divorce: Dating – Introducing your Kids to your Significant Other

1 Year Later in the Apartment 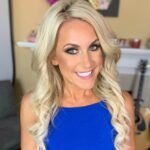