Divorce: Dating – Introducing your Kids to your Significant Other 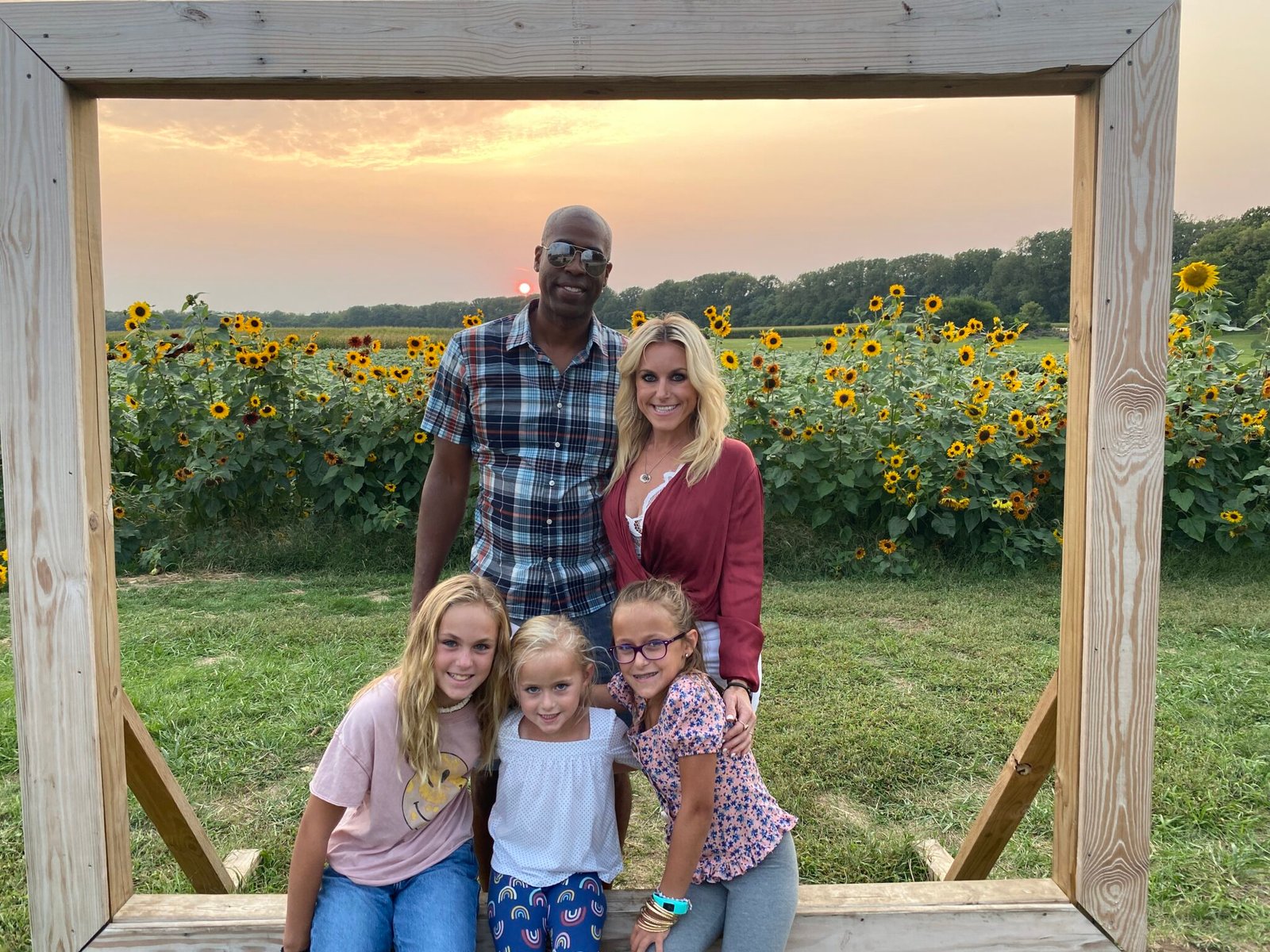 When I first started dating, there were many questions and fears that came to mind:

Are there any quality guys out there?

Will I ever find true love?

Will I ever find someone who makes me happy in a relationship?

And, the big one for me was,  “Will I ever find someone who is good with kids and can love mine like their own?”

I figured I would eventually find compatible guys and someone who I would fall in love with.  However, in the back of my mind, I was mostly worried about my kids and how they would fit into the picture.  If I dated someone without kids, they probably wouldn’t ever truly understand where I am coming from as a parent.  If I dated someone with kids, how would all of our kids get along?  I also worried about finding someone who was going to be good with specifically girls.  Raising 3 daughters is no easy feat. 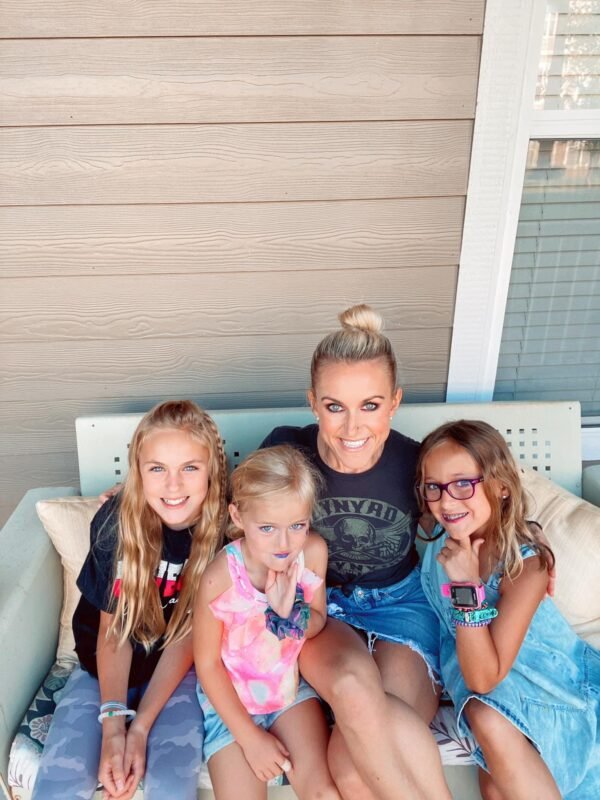 I lucked out with finding a man who:

a.)  is already a father

b.)  has been helping raise his cousins who are little girls

c.)  loves my kids just like he loves his own.  I’ve learned that once you believe in what you deserve, the universe will reward you. 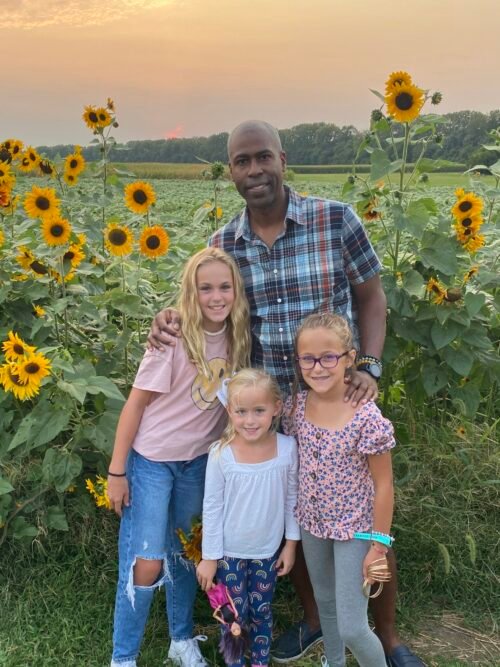 D with my 3 daughters 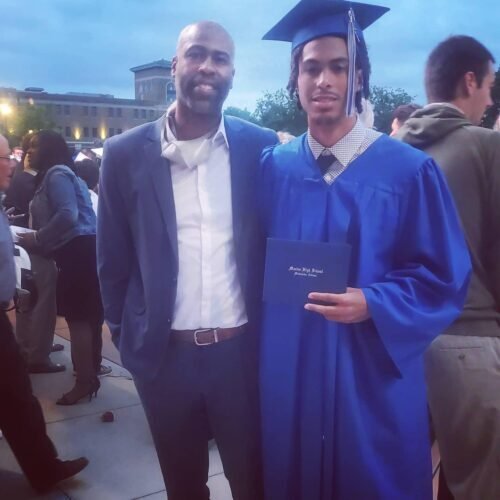 D at his son’s High School Graduation in June 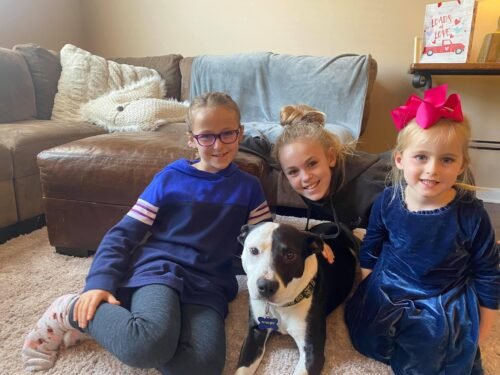 The girls with D’s dog, Harley. This is the day they all met on Valentine’s Day

On Valentine’s Day 2020,  I introduced my boyfriend, D, to my 3 daughters.  I blogged about finding love again, but I didn’t go into detail about what proceeded introducing my daughters to my boyfriend.  I’ve had a lot of questions from other people in similar situations wanting advice on how to introduce their significant other to their children.  While I certainly don’t have all the answers, I am always happy to share my experiences, in hopes that it may encourage or inspire others.

I never had a set time in mind for wanting to introduce my children to D. I knew I wanted to get out of 2020 and all the stress that came along with that year.  I also figured it would just “feel” right to me when it was time.   After the start of 2021,  D and I had been serious for a few months and we started talking about introducing my daughters.  He was adamant about not wanting to meet them until he met their father, my ex-husband, first.  If there were no kids involved, D told me he wouldn’t have been concerned with meeting my ex, but since there were, especially with three girls, he wanted to show him respect as a father. Having gone through his own son growing up in two different homes, it was important to him to do things a different way and make this situation as good as it possibly could be. As awkward and uncomfortable as it seemed to me, I went along with it, and said, “OK.”  I’m so glad I did! My boyfriend and ex-husband met for drinks and talked in person for hours.  They got to know one another on a personal level and talk about a variety of topics.  Under different circumstances, I think they would be good friends, but given the circumstances, their mutual respect and the common goal of keeping the Fischer sisters happy is more than I could’ve hoped for. 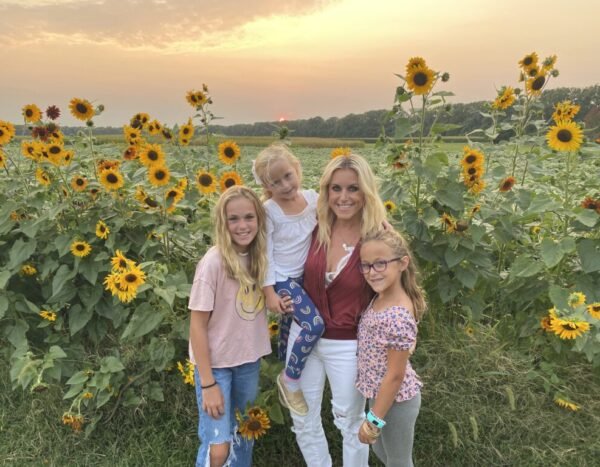 About a month later, I was feeling very strongly about having an honest conversation with my daughters.  It was important to me to be honest with them about dating again and finding a boyfriend. I didn’t think I needed to rush the introduction, but I just wanted to let them know what was going on.  It was a Thursday night and it was just my oldest daughters and myself talking on the couch.  We were having such a great conversation about a variety of heavy topics, including race.  Since the conversation was going well, it felt like a smooth transition. So, I told the girls I had been dating again and that I had a boyfriend.  Before I could even go into any details, my middle daughter was extremely upset and ran away crying.  I learned that she needed time to process what was happening and that she was still holding on hope to her Mom and Dad getting back together.  It was a rough 24 hours, but I gave her time and space.  Meanwhile, my I went to talk to my oldest daughter and asked her how she was feeling about everything and told her it was okay to be upset.  She looked at me and said, “I’m just so happy you’re happy Mom.”  That made me cry, because it was so sweet and grown-up of her to say. When you can recognize others’ happiness and be happy for them, that says a lot about you as a person.

My middle daughter came around the next day and we had a tough conversation that neither one of us wanted to have.  When she found out my boyfriend had a dog, that immediately made her more curious in wanting to meet him.  She later apologized for getting so upset and said she was happy for me.  After all that, she said she was ready to meet him and his dog.  I said I didn’t have any plans yet for an introduction, but as the next day went on, both of my daughters were begging to meet D.  ( I also think they really just wanted to meet his dog since I showed them a picture of her! )

The next day was Valentine’s Day, and it seemed like a good day for the big introduction.  I invited D ( and his dog! ) over for the day and it went better than expected.  We cooked lunch, made Valentine’s cookies, took a walk, watched a movie and played cards.  It was a very casual day at home and I couldn’t have been happier about how it went. 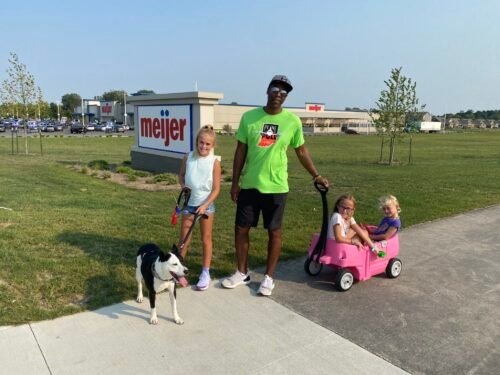 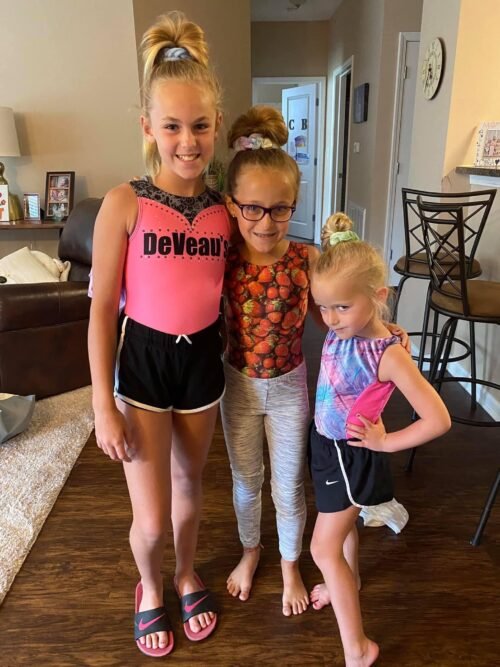 A few months after D met my girls, I found out that my ex-husband had a serious girlfriend of his own.  He told me that he was planning on introducing the girls to her over the Summer, but first wanted to offer me a time to meet her myself, just as he had met my boyfriend.  Getting to meet your ex’s new significant other is a PRIVILEGE and not a requirement.  Because my ex and I always put our girls first, we have remained extremely honest and open with our communication and our dating life.  My ex’s girlfriend reached out to me and asked if I wanted to meet for drinks.  I said yes, and once again, things went better than I anticipated.  We had a lovely conversation and meeting.  After we met and chatted for a couple of hours, I realized that at the end of the day, there are now FOUR adults in my daughters’ lives, who want nothing but the very best for them.  Just because society makes divorce and exes seem like an awful, contentious matter, IT DOESN’T HAVE TO BE!  There are no rules you have to follow.  We all are parents, we all have kids, we all want to be good role models for our kids and we all want everyone to be happy.  It really is that simple.  Be the energy you want to attract.  Do things with good intentions and out of love and happiness.

Sure, my life has been a rollercoaster over the last year and a half.  I’ve put myself in uncomfortable situations and have had to deal with a lot of change and consequence.  I’ve been stressed out, upset, sad and lonely, but I’ve also been happy.  I’ve fought for my own happiness, but with it comes many challenges.

It’s hard thinking about another woman’s influence in my children’s life on a regular basis.  It’s hard trying to put myself in my daughters’ shoes and wonder how they must be feeling with change and seeing their parents date new people.  It’s hard only having my daughters 50% of the time.  It’s all so freaking hard.  Some days I’m OK, some days I’m not.  But, I’ve learned to be OK with that. 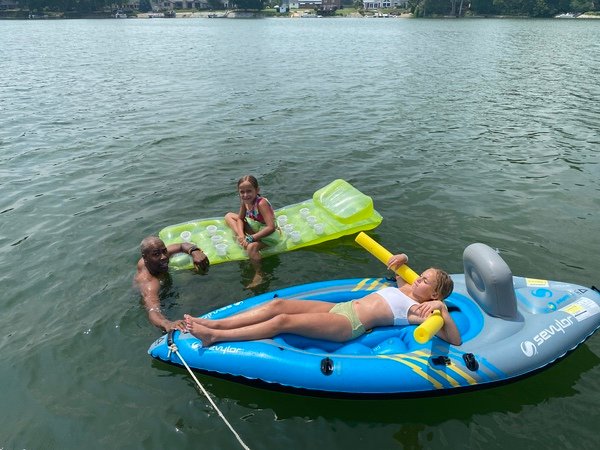 For the last 6 months I have watched my boyfriend build relationships with all three of my daughters.  He has their best interest at the top of his mind.  Even though his own son just started college this month, he has so gracefully been thrown in the trenches and essentially is starting over with my girls.  He’s coaching my youngest daughter’s soccer team, he helps out with carpooling, he gives advice, takes my daughters out for 1:1 time, teaches how to tie shoes, swim, throw a football, and is there to have fun and play games.  I look to him for daily inspiration when I’m feeling run down and like a failure.  I know I can count on him for driving a kid, when they all have to be at 3 different places at the same time.  And, I know that when I’m out of fuel, he will surprise me with dinner and my favorite cupcakes or flowers, or just to give me a day of total relaxation and snuggles.

Life has been so unpredictable, yet still so beautiful.  I’ve tried to find beauty in the every day chaos, and at the end of the day I know I feel peace.  My daughters and I have so much love in our lives and that is truly all that matters.

LINDY’S TIPS BEFORE INTRODUCING A SIGNIFICANT OTHER TO YOUR CHILDREN

-Make sure you’re serious about your significant other.

-Have conversations about children and how they feel about the topic.

-If they have children of their own, pay attention to how they are with them or other children.

-Take the time to learn about your children, their love languages, their needs and how they’re feeling about everything.

-Talk to your kids before the introduction so it’s not a shock to them. Let your children speak freely and cope in their own ways.

-Give your ex the opportunity to meet your significant other before you introduce the children.

-Have NO expectations because there really are no rules.  You have to go with your gut and what feels right.

Divorce: Divorce Does Not Get Easier

Dating as a Parent and Finding the Ideal Partner

Divorce: Making the Decision to Divorce