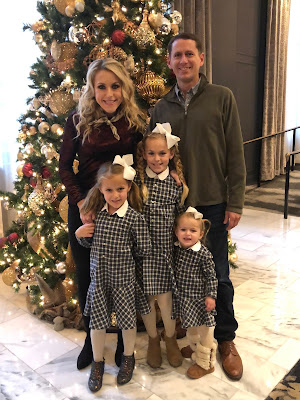 This is becoming one of my favorite holiday traditions!  This was our 4th year taking the girls to see Santa at Marshall Field’s ( Macy’s) Santaland on State Street in Chicago.  Last year was our first year spending the night since it was our first year living in Indiana.  We did the same thing again this year.  We went up to Chicago on a Sunday, spent the night in the same beautiful hotel, Hotel Allegro, and then went to Santaland and the Walnut Room for lunch on Monday.  I absolutely love downtown Chicago, and even more so during the Christmas season.  Traveling and staying in a hotel with 5 people, 3 young children, is not all rainbows and butterflies, but we certainly made special memories! 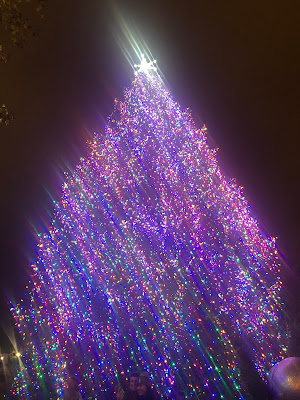 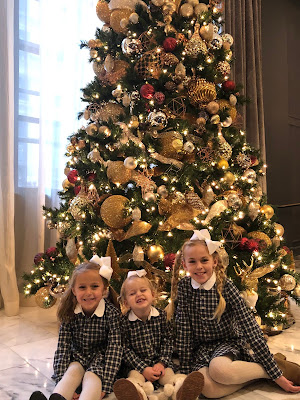 When we arrived in Chicago, we went out to eat and then Blakesley and Marcus hit up the Lego store, while I took Sonoma and Cora to American Girl! 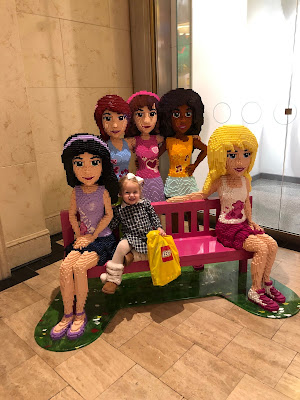 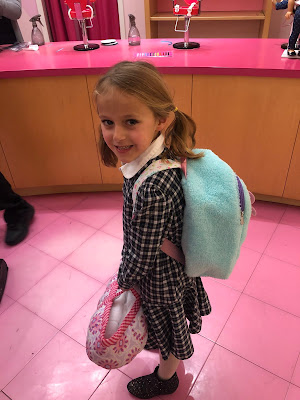 The girls each received an early Christmas gift from Mimi of money to go shopping at American Girl.  Taking my girls to the doll store and playing dolls is so sweet and something I really enjoy.  I know it is short lived and I love soaking it up! 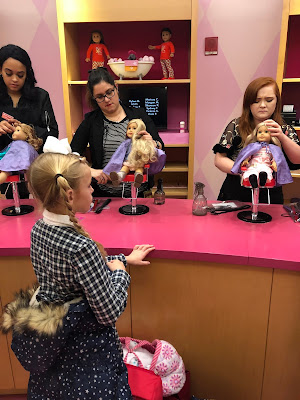 Sonoma brought two of her dolls, Caroline and Tenney to the salon to get their hair done. 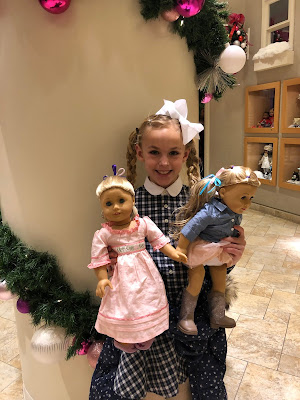 I loved the tree in Millennium Park.  I did not love the Uber rides with a two year old who wouldn’t sit in my lap.

It snowed on Sunday night and it was so beautiful outside!

This year was the first year ever we were FIRST in line to see Santa!!!  We have waited hours before!  It was amazing!!

Oh how Blakesley HATED Santa!!  She was bawling when we walked into the room.  The photographer suggested a family photo so I could hold her.  But, there was no way I drove 3 hours and paid $40 for a picture without all three girls on Santa’s lap.  I basically made Santa hold on to Blakesley and I shoved her in his lap!  I love getting this same picture of the girls every year!  Regardless!

Chicago – we love you!

“On State Street, that great street……”