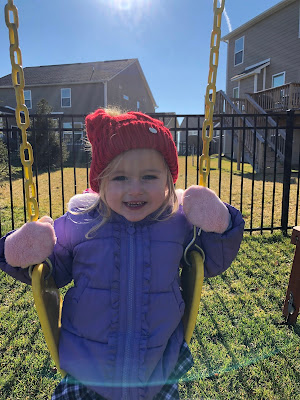 January is always such a long month.  We had some mild weather at the beginning of the new year! 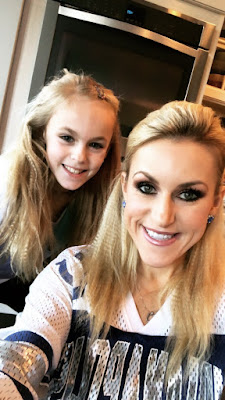 We were really excited, cheering on the Colts until they lost in the 2nd round of the play-offs 🙁 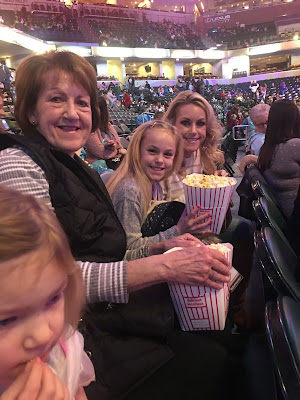 Mimi took Sonoma, Cora, Krista, Scarlett and I to Disney on Ice.  It was a Christmas present! 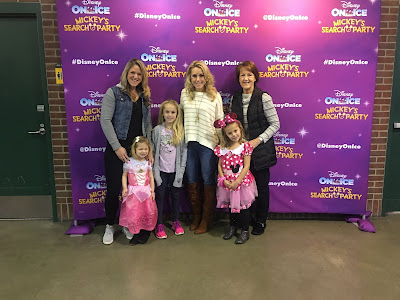 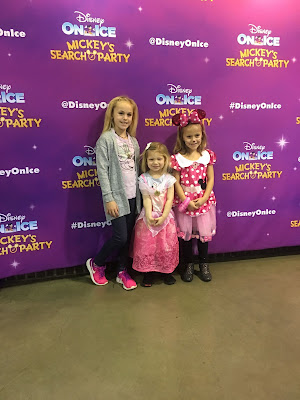 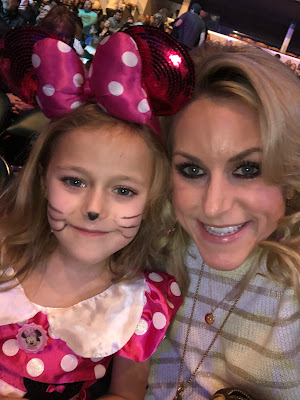 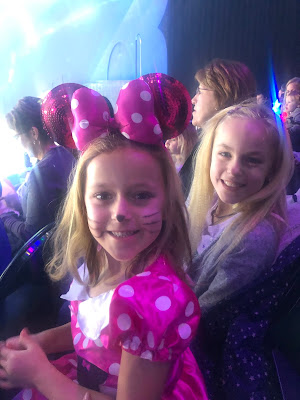 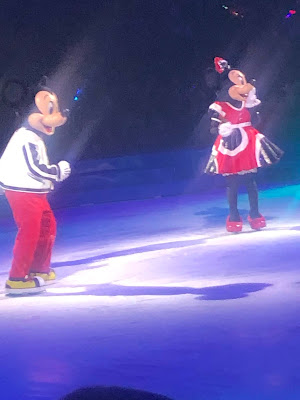 The girls are working so hard on their legos.  I knew it was bound to happen, and it did—Blakesley knocked over all their creations one day last week 🙁

Cora lost her VERY 1ST TOOTH!  She has been anxiously waiting for this day for so long!  And, Sonoma ALSO lost a tooth the exact same day!  ( her 9th!! ).  Sonoma lost her tooth at school, and I pulled out Cora’s tooth when she got home!

Sonoma competed in her home gymnastics meet, Circle of Stars.  It wasn’t her best meet, but she did well.

We finally had our 1st snow day this season!!  This was Blakesley’s 1st time ever playing in the snow!!

And then, Cora had her Girl Scout Daddy-Daughter “Me & My Guy” Snowball dance!

I have to give Marcus a huge shout-out for being an amazing Dad. You see, he was gone all week in St. Louis and returned home in time to watch Sonoma compete in her gymnastics meet last night in downtown Indy. We didn’t get home until close to midnite, and then Marcus left 6 hours later to go back downtown at 6:00 AM. He worked all day at the gymnastics meet as a parent volunteer. He drove back in the snow to take Cora to her dance. Then, he went back downtown to throw the Coaches’ party for all of the coaches who came in from all over the country for the Circle of Stars meet. We are lucky he’s so giving and does so much for us, without ever complaining. He was so exhausted, but would never say so!

Unfortunately, Marcus must have picked up some sort of virus because he was sick on Sunday and Monday with fever, chills, body aches.  ( and exhaustion from the weekend! ).  Then, on Tuesday, Sonoma got the fever.  On Wednesday Blakesley got it, and finally I got it on Thursday and Friday.  It was an awful week having everyone home and sick.  The worst part was that I missed out on Cora’s field trip to Butler University to see the Magic School Bus play.  We had been looking forward to it for months 🙁  Luckily, Marcus was able to step in and go in my place.   She was very happy!

January, you have been full of ups and downs, and you are such a long month!
Christmas Break Two and a Half.

Mom Life: Are You a Good Mom?