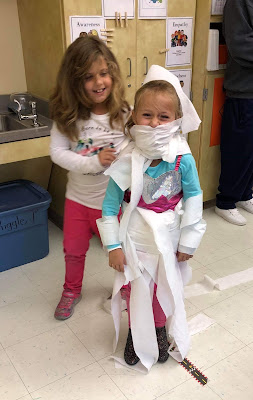 What a month October was!  It was here and gone before I could blink! Here are some of our Halloween celebrations this month.  Before Fall Break, the girls had Fall parties that I was able to attend and help out with. 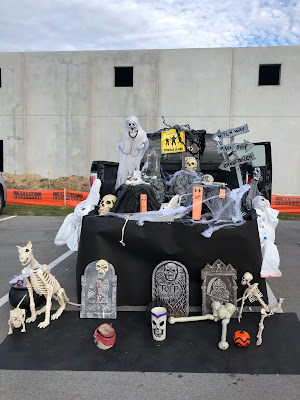 Since I am the Level 4 Rep for DeVeau’s Gymnastics Club, I was in charge of Sonoma’s team car for the Trunk or Treat.  It was a lot of work, but the theme and idea the girls decided upon was successfully created!  A “spooky graveyard!” 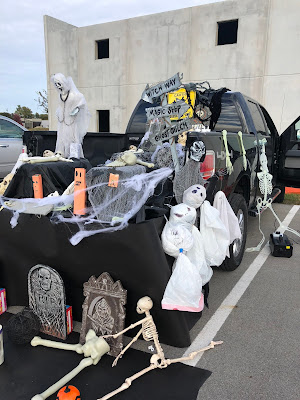 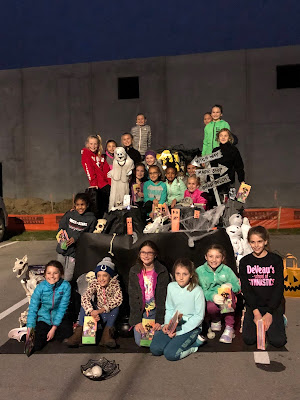 Right before leaving for Disney World, we had a night out with Sonoma and Cora ( sorry little B! ) and took them out for some  Halloween fun! 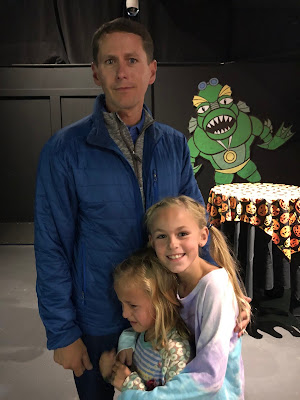 The girls BEGGED to do the Children’s Museum Haunted House ( Lights OFF version ) even though we told them they should try Lights On.  However, we let them decide and lights off it was! Sonoma wasn’t scared one bit, but Cora and I were terrified. 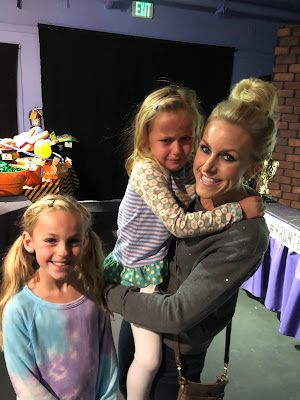 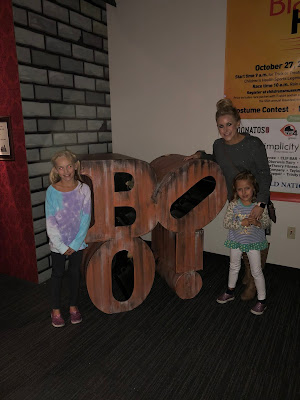 My Dad always took us to the Children’s Museum Haunted House every Fall Break, and so I liked being able to carry on that fun tradition with my kids! 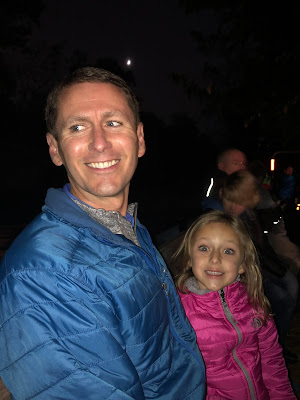 We then drove up to Conner Prairie and went on the Headless Horseman Hay Ride.  It was such a beautiful Fall evening and a really cool ride!!  A little scary, but not as bad as the Haunted House! 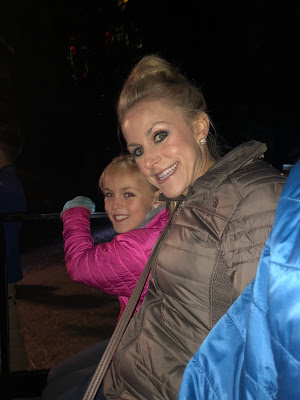 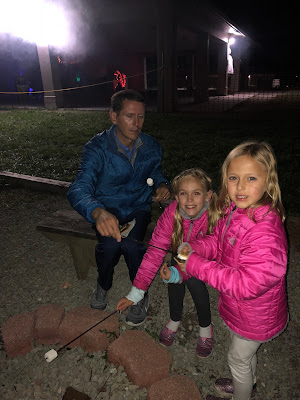 While Marcus was away in the Dominican, the girls and I spent the weekend in Bloomington to carve pumpkins with Mimi and then we went to Great Grandpa’s 91st birthday party.

Sonoma and Cora carved their own pumpkins this year!

This year for Halloween Sonoma was a cat, Cora was a witch again ( she wanted the same costume as last year! ) and Blakesley was a pumpkin.  Pretty classic choices.  I LOVED Blakesley’s costume and my heart was melting when I saw it on her after I picked her up from school on Halloween.  She wore her costume at school and kept it on after.  She looked adorable!

The weather ended up being pretty decent for trick-or-treating! The rain stopped and the girls had a great window of trick-or-treating!  Blakesley did such a wonderful job!  She walked for two and a half hours!! She said “trick-or-treat”and thank you and never even tried to open any candy!  We were so proud of her! She totally got the hang of it and it was just so cute to watch.