January is FINALLY over! 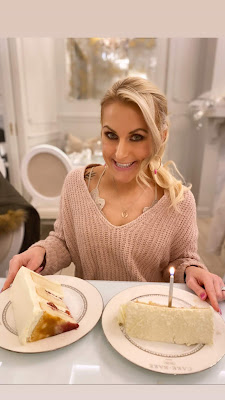 Cheers to the longest month finally being over.  January is always really rough for me with the anniversary of my Dad’s death.  The time leading up to it and then the actual day are really dark for me.  I’m grateful to have such a strong support system.

Mimi got us Disney on Ice tickets and the girls had a blast!

Rodan + Fields new DETOX Charcoal mask came out last week and oh my goodness it is my new favorite!! Mention to me you saw it on my blog and get an extra $10 off!! We have been using charcoal toothpaste for a while now, so I am super excited to add charcoal into my R+F skincare routine!

We went to the Pacers game last week which was Victor’s 1st game back since his injury a year ago.  It was also a monumental night because it was the first home Pacers game since Kobe Bryant tragically was killed in a helicopter crash with his daughter and 7 other people.  The death of Kobe has affected us more than I would have ever imagined. Marcus and I both have been really shook up about it, and I haven’t cried this much in a long time.  To be honest, as a younger girl I never cared too much for Kobe as an athlete. You see, in June 2000 it was the NBA Finals, Lakers – Pacers.  I went to all the home games and saw Kobe play multiple times at Conseco (In the below picture, I’m pointing to myself in the picture !) I was heartbroken when Kobe and the Lakers ultimately beat us and from then on out, was not a Kobe fan because of it. I also was a lot more close minded as a person back when he made some personal decisions that a lot of people were angry about. I was  raised a die hard Pacers fan and always will be. However, knowing now what I know about who Kobe was as a person, a #girldad and an inspiration to so many, I look at him differently. The way he changed his life and really stepped into his role as a Father in recent years is really inspirational. What he did for his daughter, for girls and for women in the sport of bakestball is something that is so admirable. Stepping foot into Bankers Life last night,  there was a different type of energy in the air. To hear our fans chant, “Kobe,” immediately brought tears to my eyes. To see the world come together in a moment like this is truly beautiful. I love this sport so much. 🏀🖤🏀🖤8️⃣🏀🖤2️⃣4️⃣ 

We kicked off February 1st with a basketball game for Cora, professional basketball pictures and then a gymnastics meet for Sonoma.

The Beginning of a New Decade! Blakesley Ann is 3.5!

Mom Life: Are You a Good Mom?